4 simple tips to design an open space in the best possible way.

Open space, also thanks to cinema, has captured the interest and imagination of many people, especially those of young professionals. For years, the concept has fascinated legions of architects and young aspiring homeowners. But why did the idea of living in an open space win the hearts and heads of thousands of people? And why do we want to help you learn how to best design an open space?

Why did the need to design a space arise?

The open space concept originated in the United States in the early 1970s. At this time, some artists decided that the attics of old industrial buildings provided the perfect space to design an open concept. It was around this time when the first open space design experiments began. The first open space was designed as a small workshop, a recording studio, or a rehearsal room.

With the ultimate deconstruction of interior spaces, the idea of open space also took hold in the rest of the world. Today, it is a popular housing solution in many parts of the world, not just in America. Designing an open space offers the possibility to create and recover space and brightness, even if you are living in a small apartments. However due to the size, it can also lead to incorrect evaluations. Evaluations that are carried out concretely, could lead to serious errors in the design and livability of an open space.

How to design an open space: 4 simple tips to immediately put into practice.

At first glance, it may seem easy for a novice to design an open space. All you need to do is knock down some walls to get the desired all-inclusive effect, right? However, designing this type of space can be more difficult than it seems.  The experience gained from GoPillar’s online competitions has been extremely important. Below four, easy steps to keep in mind when deciding how to design an open space.

Careful space planning. Before you start tearing down any walls, there are some important considerations to keep in mind. Pre-existing structural walls, hydraulic and electrical lines, stairs, and windows are all details that must be considered when planning your design. Only after having carefully analyzed and marked the pre-existing structures in the project will it be possible to design a functional and safe open space.

Oftentimes when planning the redesign of a space, you are constrained by the existing shape and positioning of the space’s systems. During the planning phase, you should identify locations for the support functions, such as the bathroom and laundry. We also recommend that you prioritize natural light for the dining and living areas, as these are the areas where you will likely spend most of your time.

Define and divide the different areas well. Lack of division is a main part of the charm of an open space; however, we still advise you to give each area a well-defined function. For example, lowering the ceiling height in the kitchen will create a more intimate area, while keeping the ceiling surface in the dining and living room raised can give the illusion of more space.

Combine spaces with furniture. While it’s good to incorporate different design elements to distinguish between different areas in the home, you’ll need to do your best to make the different areas come together as one cohesive space.

Be strategic with your lighting choices. When selecting lighting for an open space, we recommend that you define the focal point of the area. Once the focal point has been found, we can characterize it, for example, with a large chandelier or pendant light fixture. 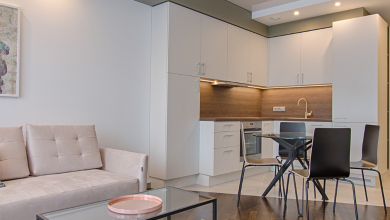 Tips for buying a renovated home! 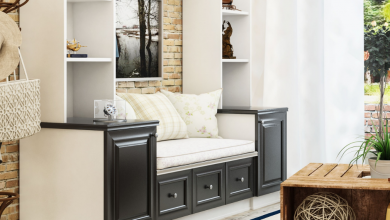 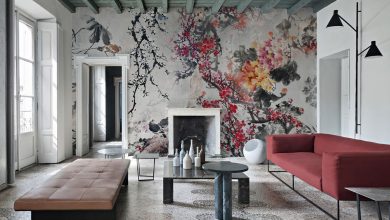 Wallpaper: 4 examples for your home