Among the aspects on which architects have always expressed themselves, there is the example of the stairs. With different expressions that utilize shapes, colors, and specific locations, these architectural elements are distinguished and used for functions. This specific type of expression have evolved into an infinite range of articulations that are still known today.

In this article we wanted to collect the most evocative historical stairways ever built in Europe in a period ranging from the Middle Ages to the twentieth century in order to pay homage to both the architects who have produced unique works of their kind, and the construction techniques and different styles used in the centuries that have given rise to an innumerable series of solutions. Here are the 10 most beautiful stairs in Europe.

The list of the most beautiful stairs (in our opinion) in Europe begins.

The ten most beautiful stairs in Europe.

The list of the most beautiful stairs (in our opinion) in Europe begins.

Gaztelugatxe Or the Stairs Above the Sea – Spain

The first stairway is that of San Juan de Gaztelugatxe. It was built ten centuries ago by the Templars to get to the hermitage of the same name which is located at the top of the hill. The 241 steps are between land and sea in a breathtaking landscape where architecture and nature coexist and interact perfectly with each other.

Over the centuries, the hermitage has undergone a series of changes: after its construction it became a convent and, subsequently, a fortress to protect the lands of the ruler of Biscay in the fight against King Alfonso XI. In recent years, the area has also been used as a backdrop for shooting some scenes from the Game of Thrones series. Could we have excluded it from the most beautiful stairs in Europe? The second staircase is that of the Palazzo Contarini di Bovolo built in Venice, in late Gothic style. The palace was built in the fourteenth-fifteenth century as the residence of the Contarini “di San Paternian” and, from the end of the fifteenth century, due to the addition of the spiral staircase, the wording “di Bovolo” (which in Venetian means snail) was added. The architecture that houses the staircase has been attributed to Giovanni Candi, an architect and carpenter from Veneto, who built the spiral formed by 80 monolithic steps that screw counterclockwise into a 26-meter high cylinder. Let’s now jump three centuries to get to the third scale of this article, which is that of the Melk Abbey in Lower Austria near the Wachau valley. Melk Abbey was founded in 1089, thanks to the donation that Leopold II made to the Benedictine monks of Lambach Abbey of one of its castles.

The complex was renovated in the eighteenth century: in this period the helical staircase was also built which was built in a magnificent Baroque style as well as the parts of the abbey belonging to this phase. The eighteenth century, in fact, is the century par excellence of amazement and scenographic exaltation and for this reason most of the most evocative stairways in Europe belong to this historical period. A fixed stop for one of the most beautiful stairs in Europe. Among them, the staircase of Bom Jesus do Monte, located in Portugal a few kilometers from Braga, is a perfect example of the Baroque style of the north of the country. The ladder, in this case, also has a symbolic meaning since it represents the spiritual path that the faithful must follow to reach salvation. It is a double flight of steps, made up of 17 landings decorated with fountains and allegorical statues, in which each landing, corner, sculpture, is deliberately theatrical to leave anyone who walks through it a sense of surprise. For those who live in Italy, the fifth staircase needs no introduction: it is the staircase of Trinità dei Monti built between 1723 and 1726 by the Roman architect Francesco De Sanctis to connect the slopes of the Pincio with the underlying Piazza di Spagna.

De Sanctis designed a large staircase decorated with numerous garden terraces, which is usually decorated with many flower pots in spring / summer. The staircase has an elegant and aristocratic structure at the same time and is characterized by various scenes of terraces and by stones on which the coats of arms of the Conti family – to which Pope Innocent XIII who wanted to build it belonged – and the lilies of France since the area has always been under French influence. Perhaps the best of the most beautiful stairs in Europe. Stairs of The Palace of di Würzburg – Germany

It would be impossible to leave out of this discussion also the palace of Würzburg whose works began in 1721 and continued throughout the century. Among the artists called to court there was also Giovanbattista Tiepolo who frescoed the Sala Imperiale and the main staircase of the residence, a pictorial work of enormous value and of extreme difficulty which is still today one of the greatest achievements of Tiepolo’s art existing in the world. The structure of the staircase was designed by the architect Balthasar Neumann and is one of the most sublime examples of German Rococo. Stairs of the Paris Opera – France

The staircase of the Paris Opera by Charles Garnier belongs to the nineteenth century. The 1861 building in the second empire style became a pivotal place for the Parisian elite of the time. The interior is made up of intertwining corridors, rooms, stairs, niches and landings that allow to accommodate a large number of people. The reduced, or foyer, is the emblem of the richness of the building, together with the internal staircase, built specifically so that the spectators of the boxes could show off in society. Completely changing style, we go to Norway where the eighth scale we are talking about today is located. With a length of 4,444 steps, the Flørli staircase is completely built in wood and is said to be among the longest in the world. The panorama that can be seen walking along it is incredible: the Lysefjord fjord opens up before the eyes of the visitor and the gaze reaches up to the Preikestolen, the granite cliff that – 604 meters high – ends overhanging the fjord. Stairs of the Vatican Museums – Italy

The ninth staircase is perhaps the most famous museum staircase ever built: we are talking about the staircase by Giuseppe Momo inside the Vatican Museums. The helical staircase was commissioned by Pope Pius XI to the architect in 1929: the Pope himself made changes and suggestions to the project by suggesting the construction inside a well to be excavated in the embankment of the ancient ramparts. The elegant structure consisting of two ramps that develop along a conical surface was made using syenite for the floor, cipollino marble for the walls, while the balustrade is in bronze and was decorated by the sculptor Antonio Maraini. The last famous staircase is a masterpiece of hi-tech architecture, a trend developed in the seventies that celebrates the technological advances that began to develop in those years: we are talking about the Center Pompidou in Paris. The architects Renzo Piano and Richard Rogers created the building with an avant-garde technique for the time: a large parallelepiped supported by a steel structure and glass walls that almost looks like a tangle of metal beams.

The systems are located entirely outside in order to leave the surfaces free to accommodate the museum spaces inside: each external tube has been painted with a different color corresponding to a different function (blue corresponds to the air conditioning system , yellow to electric, red to circulation and green to water circuits.). The external staircase is an element that crosses across the entire elevation on Place George Pompidou and has the appearance of a long spatial steel tube that catapults the visitor inside this magnificent display machine.

Thus ends our journey among the most beautiful stairs in Europe. 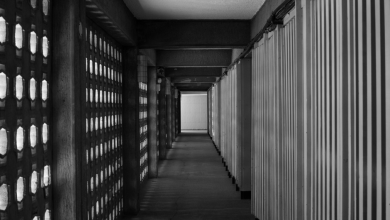 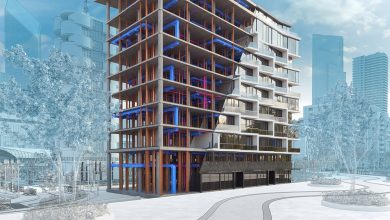 The fundamental tools of an architect today: learning Revit and BIM 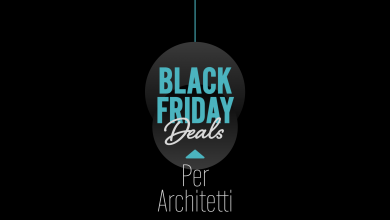 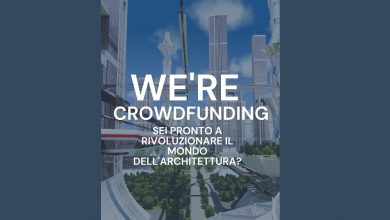