Naming the 5 most beautiful palaces in the world is no small endeavor. Historically palaces have been found in  royal residences that were built in Europe between the fifteenth and nineteenth centuries. Consequently, there are endless palaces to choose from.

The architectural choice of castles, villas, and palaces are linked to the need of the rulers who resided there. Oftentimes the residence was complete with its own private garden.

Over time, these residences have become true socio-urban subjects, with European monarchies competing to build these magnificent buildings regardless of their functionality, especially in the Baroque period.

Let’s find out what the 5 most beautiful palaces are

1.The Palace of Versailles 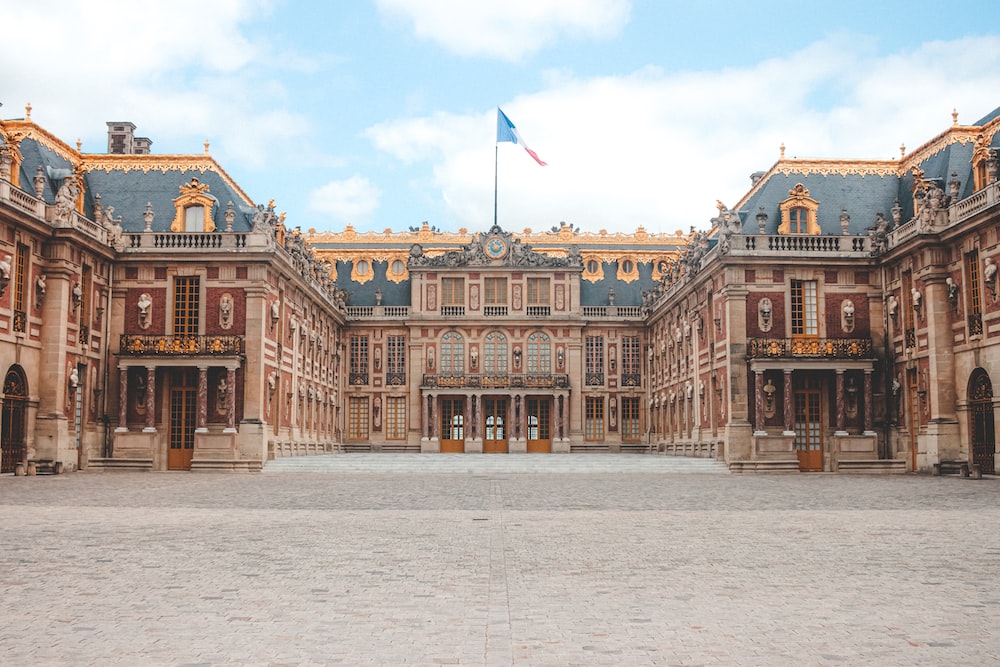 First up we have the luxurious Palace of Versailles. It was the former royal residence of the Bourbon family of France, and is located about twenty kilometers south of Paris. It was commissioned by Louis XIV and was the seat of political power in France until 1682. Within it there are several different styles and outside there is a park that extends over 815 hectares, including 93 gardens.

Since 1979, it has been a UNESCO World Heritage Site and the location of all films dedicated to Louis XIV, as well as the manga Lady Oscar.

2. The Royal Palace of Caserta

Designed by Vanvitelli, The Royal Palace of Caserta is the largest royal residence in the world. Its original owners were the Bourbons of Naples, the family who wanted it to be built. For a short time afterwards the the Murat family resided in this extravagant palace. Since 1997 it has been a UNESCO World Heritage Site.

At the entrance, visitors are greeted by an impressive marble staircase, while on the second floor there are royal apartments, consisting of the Halberdiers’ Hall, bedrooms, and a ballroom. Additionally, we find an expansive park complete with an Italian garden, an English garden, and several fountains that are illuminated at dusk. Given all these features, it is impossible not to include it among the 5 most luxurious palaces. Next up, we have the Neuschwanstein Castle. Just looking at it transports you to a real life fairy tale. This castle serves as the inspiration for the Disney’s famous Sleeping Beauty Castle. For anyone within the Bavaria area, this castle is a must visit.  It was built by Ludwig II in 1869 as a project for the scenographer Christian Jank.

4. The Royal Palace of Venaria Reale

The Royal Palace of Venaria Reale is one of Italy’s treasures. Duke Carlo Emanuele II commissioned it as a hunting lodge in the mountainous wasteland of Turin. It is surrounded by extensive forests full of game, enriching the hunting context. In 1978 it was sold to the Superintendence for restoration work and periodically new spaces are recovered. Today, it is the seventh most visited Italian museum.

Inside, there are about four thousand stucco works, statues, and paintings, while its gardens are part of the extensive network of the Great Italian Gardens.

5. The Hofburg in Vienna

In fifth place among the 5 most magnificent palaces, we have The Hofburg in Vienna. This palace was the center of Austrian power for at least six centuries and is as well known and visited as Schoenbrunn Palace. Originally built in the 12th century and expanded over time by the Habsburgs, it consists of a series of residences and palaces such as the Imperial Chapel, the Naturhistorisches Museum, the Kunsthistorisches Museum, the Austrian National Library, the imperial treasury, the Burgtheater, the Spanish Cavalry School, the Imperial Stables, and the Hofburg Congress Palace.

There we have it, the five most beautiful palaces in the world. Each of these castles possesses its own charm and beauty which continues to make it a marvel. If given the chance, any one of these palaces would be a magnificent place to visit that would surely transport you to a real life fairy tale setting.